By Crown Business May 22, 2015 Business By The Book, Organization & Strategy, Ownership & Purpose No Comments
0 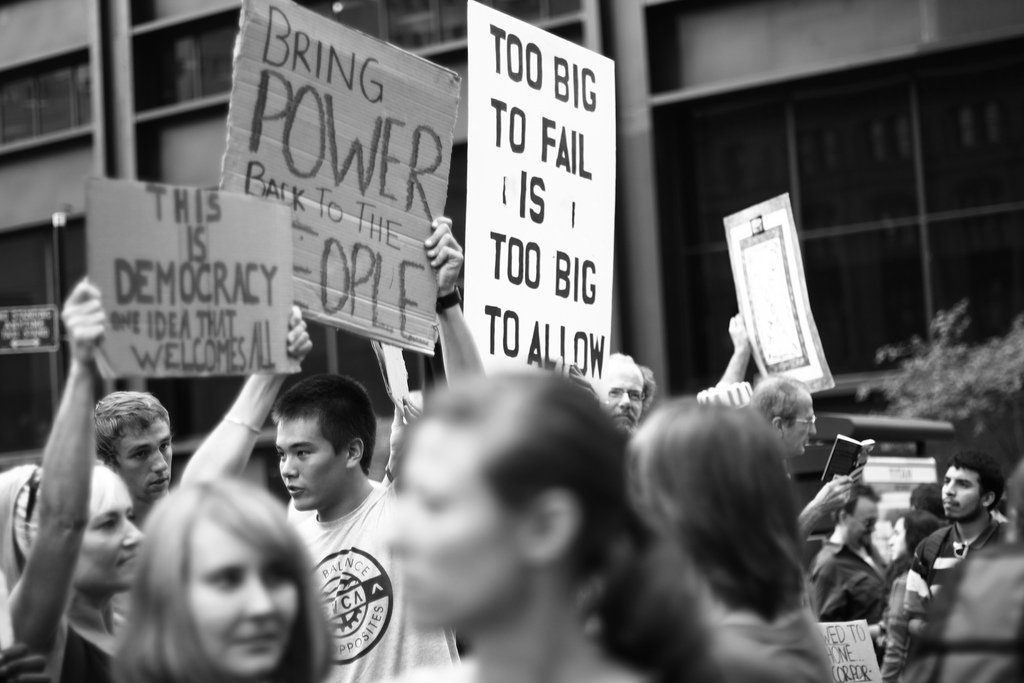 “The rich rule over the poor; and the borrower is slave to the lender” – Proverbs 22:7

On September 17, 2011 droves of young people entered Zuccotti Park located in the Wall Street financial district of lower Manhattan to protest the growing inequality and wealth distribution in America. While the movement was far from spontaneous, in fact it was launched by Adbusters, a Canadian magazine, and promoted by a Manhattan-based PR agency, the reality remains that income inequality is on the rise at a staggering pace. Did you know that the 85 richest people in the world have as much wealth as the 3.5 billion poorest?

As a fan of the free market system, I’ve always felt that wealth was a consequence of hard work and productive value creation. Of course, not everyone benefits equally, but capitalism has lifted millions out of poverty in places like China, India and Africa. As I’ve researched the topic further, I’ve realized that capitalism also has an ugly side. Thomas Piketty’s bestselling book, Capital in the Twenty-First Century, provides an interesting frame for the debate. While previous research found that capitalism reduced inequality, Piketty’s research, which includes a much broader data set, found the opposite to be the case. Piketty’s central premise is that the free market system tends to concentrate wealth because the returns on investments and property tend to outperform the rate of economic growth. As the infamous 1% get richer, the rest of America and the World is getting more indebted.

US consumer debt now tops out at $11.7 trillion dollars. Student debt is the largest category with the average borrower having almost $34,000 in loans. Credit cards are next with the average credit card user carrying a balance of $15,191. The average mortgage runs $154,365 while the average car loan is $16,769.

Indebtedness is not a recent phenomenon; in fact Bronze Age Mesopotamia (Modern day Iraq) struggled with the issue over 4,000 years ago. As early as 2400 BC, Sumer kings would cancel debts and free slaves within the kingdom. This practice spread throughout the region and was a natural pressure valve for balancing the power of the aristocracy. Debt cancellation was formalized in the Jewish and Christian faiths in the book of Leviticus where debts were cancelled and slaves were freed every 7 years (The Sabbath Year), while property was returned to its original owners every 49 years (The Year of Jubilee). For millennia this system balanced power. Economist Michael Hudson had this to say about the practice:

“By the end of classical antiquity, aristocracies grew strong enough to block economic renewal. Ever since, societies have relied on ‘market equilibrium,’ counterpoising creditor claims to shrinking debtor abilities to pay. These dynamics determine the particular kind of balance that society would end up with. This balance typically leads to a shift in property ownership patterns, and hence, land use. The shift has been from debtor to creditor ownership, from cultivators growing their own food crops to absentee owners assembling vast estates by ‘joining field to field till no space is left and you live alone in the land’ (Isaiah 5:8), and shifting the land to export crops headed by wine and olive oil, produced by servile labor. For two thousand years such shifts were reversed by royal fiat. It would be superficial to translate the meaning of a complex Bronze Age philosophy into a single modern word, but the essence of what Mesopotamian rulers did was to ‘proclaim equity,’ and ‘restore order.’”

As a lifelong Christian, I find it fascinating that this concept of “Jubilee” has rarely come up. As I look upon my beloved country, I see many of my countrymen drowning in debt. Capitalism clearly is a powerful force, but I wonder if it must be tempered.